Every rookie dreams of playing in the Super Bowl. For the Browns, their rookies are taking it one step further by getting a head start of the design of the ring itself - 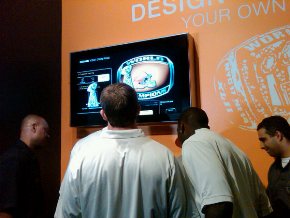 Actually, it is part of the NFL's yearly voyage made by its' rookies to the Hall of Fame in Canton. The Browns rookies were there yesterday and took the time to check out the Super Bowl Ring Design exhibit. It never hurts to get a head start!