The Cleveland Cavaliers finally pulled off the long-rumored trade that sent Ramon Sessions to the Los Angeles Lakers for a first-round pick. Also included in the deal were two peripheral players, Christian Eyenga for the Cavs and Luke Walton for the Lakers. Walton has one more year left on his deal and will make $6 million next season. But for former Slam Mag editor, current Complex mag editor, and NBA twitter humor icon @RussBengtson, the real catch of the deal for Cavs fans should be Walton. He first tweeted that Walton should immediately demand to wear No. 23:

Luke Walton should request No. 23.

And then followed up with this photoshopped image of the banner he says the Cavs should now hang outside the Q.

Pic after the jump: 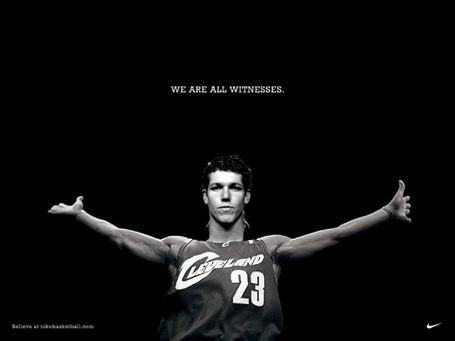 For more on the Cleveland Cavaliers, check out Fear The Sword. For all your NBA trade news and notes, be sure to follow SB Nation's NBA news hub.