PHOTO: Josh Cribbs Hits The Theaters In Pajamas For The Hunger Games Premiere

Share All sharing options for: PHOTO: Josh Cribbs Hits The Theaters In Pajamas For The Hunger Games Premiere

Josh Cribbs is renowned for keeping his fans up-to-date on the mundane daily tasks of his life. He's never been shy to tweet goofy and sometimes embarrassing pictures of himself out to his thousands of followers. On Thursday night, Cribbs took in the much-anticipated midnight showing of "The Hunger Games" movie, which opens this weekend. Because of the late night showing, he wore his PJs out to the theater - they're not exactly the most stylish thing you'll see but he does have a sense of humor.

Photo after the jump: 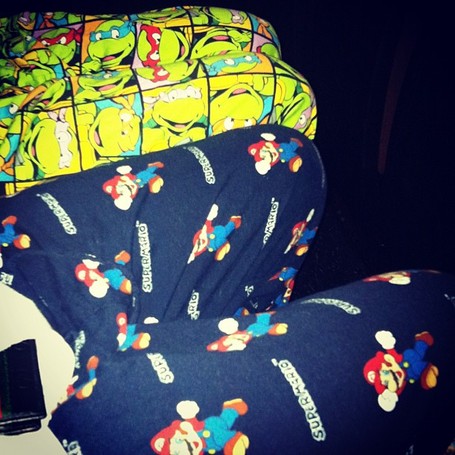 Cribbs also gave the movie a C+, stating that too much was left unanswered. Hunger Games' trolls did not welcome his opinion.

The hunger games was just ok... 2 be honest 2me it didnt live up to the hype, don't rush to go see unless ur bored.. grade C+

For more news, analysis, and discussion on the Browns, check out Dawgs By Nature, SB Nation's Browns blog. For all your NFL news as free agency progresses and the draft approaches, follow SB Nation's NFL news hub.