Opening Day is finally here, and the Tribe will start things off at Progressive Field against the Toronto Blue Jays just after 3:00 pm. As usual, the game is a sellout and downtown will be buzzing for the start of baseball season. One mainstay who will be a part of that sellout is John Adams, the bleacher drumming constant of the Prog. This will be the 39th season banging the drum for Adams, who started at the old stadium in August of 1973. As always, there's plenty of optimism at the beginning of April and there's no bigger Tribe fan than Adams. Here's hoping for a Justin Masterson gem to start things off right.

Photo of Adams setting up early after the jump: 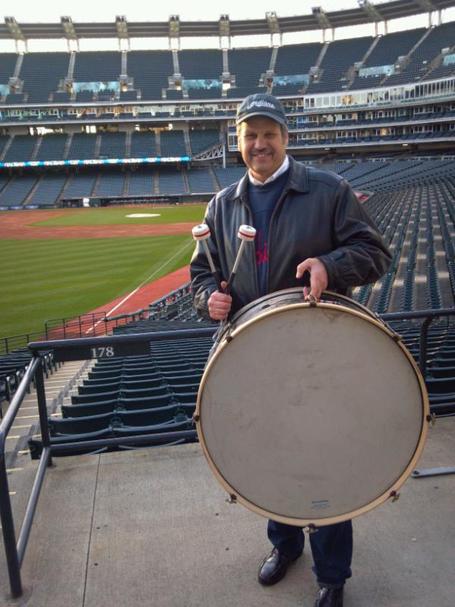 For more news, analysis, and discussion on the Indians, check out Let's Go Tribe. And for all your MLB news on Opening Day, visit Baseball Nation.