Talked to Weeden, said he followed Fowler yesterday too, decided to buy the outfit at golf store this morning, got cap from Fowler

Weeden didn't get to see Rickie at his best, as he fired one of his ugliest rounds as a pro, a 12-over 84. Playing in the second-to-last group, Fowler was out of contention early and simply along for the ride with Tiger Woods as he closed out his 73rd PGA Tour win. At least Weeden got see some of those heroics in his orange Puma gear. Photo of his outfit after the jump: 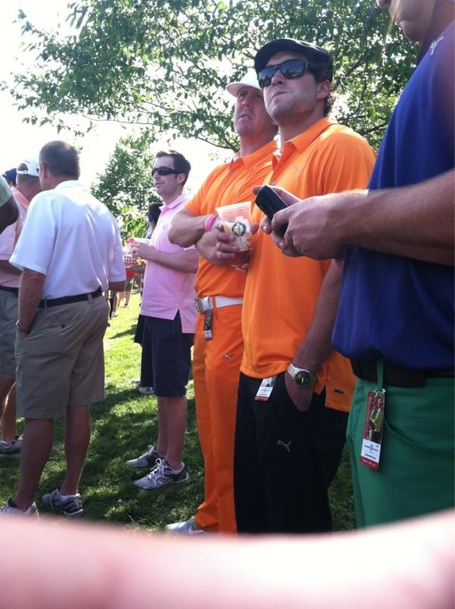 Another shot courtesy of @GCarley: 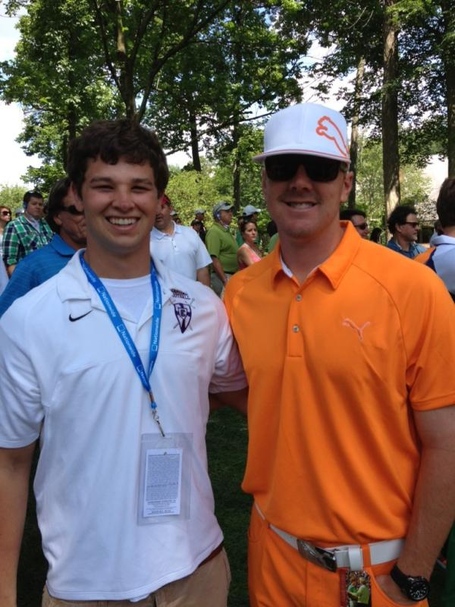