Rookie Browns running back Trent Richardson is still on the shelf, rehabbing from arthroscopic knee surgery. But the No. 3 overall pick does make an appearance in GQ this month, as one of the rookies highlighted in their NFL kickoff issue. Richardson donned a $4,300 coat from Burberry during the photo shoot, standard GQ bespoke attire but not something you'd find in the Pit on Sunday mornings. Photo after the jump: 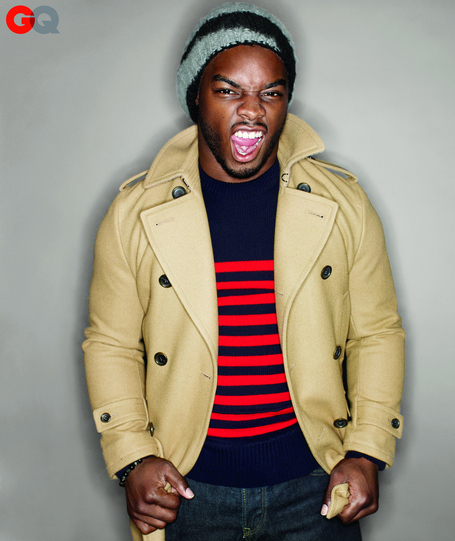 Richardson also spoke about the harsh critique delivered by Browns legend Jim Brown after he was selected with the No. 3 overall pick. Brown was unrelenting in calling Cleveland's new running back "ordinary," and Richardson seemed to take everything in stride and say all the right things. The story hypes up the controversy and offers a riposte from the Alabama star:

"In Cleveland, one legend towers above the rest: Jim Brown. Alabama star T-Rich plans to change all that by the time he's done. 'Everyone will be comparing themselves to me.'"

For more on the Browns, visit Dawgs By Nature.