The State Of Cleveland Indians, Summed Up In Pictures

Share All sharing options for: The State Of Cleveland Indians, Summed Up In Pictures

The Indians continued their record-setting losing streak on Tuesday night with another excruciating loss to the Twins. Like Sunday in Detroit, this one featured a ninth-inning implosion by closer Chris Perez. The Tribe appeared well on their way to breaking the streak, but the Twins stormed back to score six runs in the final three innings.

In an era full of them, this may be the low moment of the Dolan family's stewardship of the franchise. As you'd expect, the morale at Progressive Field is at an all-time low. A couple images that humorously, however dark, capture that woe: 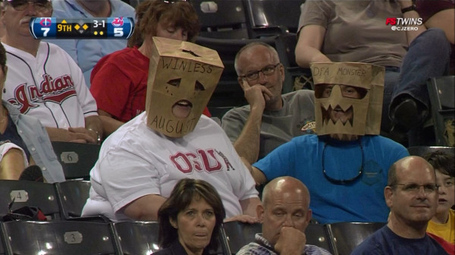 There's a lot going on this picture that really sums up the sad state of the Tribe. I'm just as amused by the faces that aren't brown paper bags.

Here some more enterprising fans, with a particularly creative appeal to Jeremy Sowers: 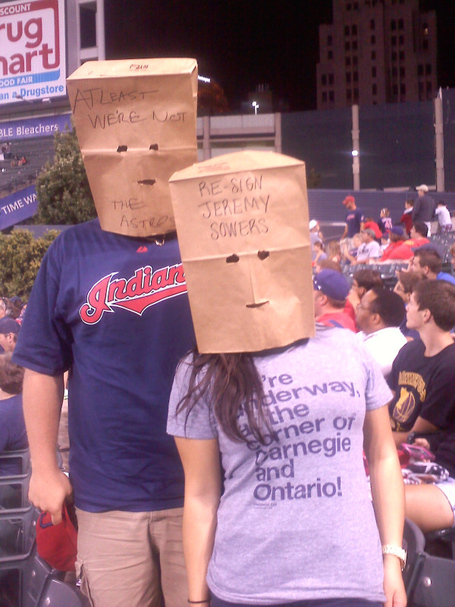 At this point, I think I'd rather be the Astros.

The Tribe can tie the franchise record losing streak on Wednesday afternoon, but somehow, that streak couldn't have been worse than this stretch of pitching disasters.