Progressive Field Attendance About What You'd Expect For Indians-Twins

Share All sharing options for: Progressive Field Attendance About What You'd Expect For Indians-Twins

A late September weekday game between the two worst teams in the American League, temperatures in the low to mid 60s, two lineups largely comprised of guys you've never heard of...and you end up with the kind of Progressive Field crowd that you'd expect. But the pictures are still jarring and depressing:

Via Zack Meisel of MLB.com: 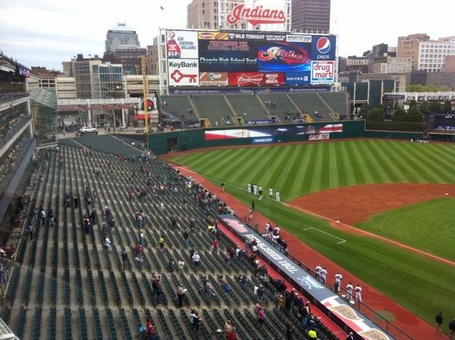 Check out Let's Go Tribe for more on the Indians, and head over to Twinkie Town for more Twins coverage. Also be sure to visit Baseball Nation for even more news and analysis from around the league.

Twins Vs. Indians: Tribe Walks Off To Avoid Sweep