Peyton Hillis will be the next Madden cover boy as he was voted by the fans to grace Madden NFL 12 as the first Cleveland Browns player to ever be on the front of the most popular sports video game.

According to the USA Today's Game Hunters blog, Hillis says he hasn't "played too many video games in my life," but did play some Tecmo Bowl as a kid, and recalls Bo Jackson being his favorite player.

"He was dominant," says Hillis. "You couldn't stop him."

One will have to wonder how dominant Hillis will be considering he was a 10-seed heading into the fan voting and doesn't seem to possess the elusive speed and style that Jackson was known to bring to the television set.

All of that is exciting, sure, but with the NFL lockout currently returning and everyone being unsure of when the NFL regular season will actually begin (even the Madden NFL release date has been pushed back until Tuesday, August 30), more exciting was the opportunity to see Hillis perform football related activities on Monday during a photo shoot. And by football related activities, I actually mean watching Hillis swan dive onto a black mat as photographers took pictures of Cleveland's newest sports superstar (LeBron who?). 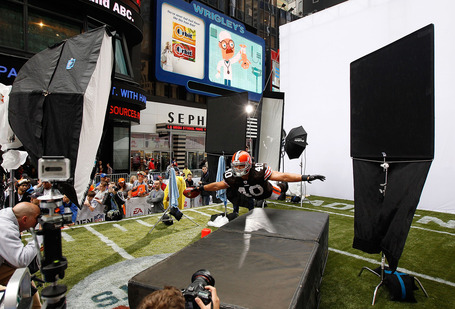 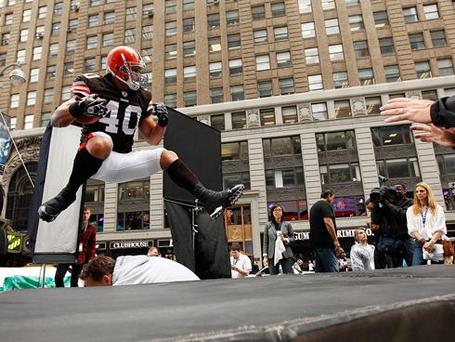 Along with those obviously awesome action shots, there was also an impressive video shot to remember the photo shoot and last, but not least, are a couple action shots from Madden itself via Worth Playing: 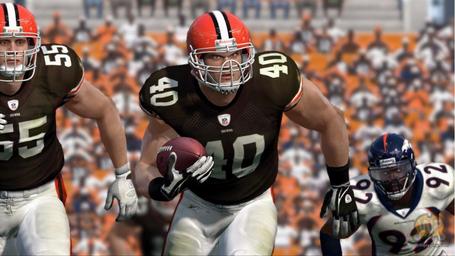 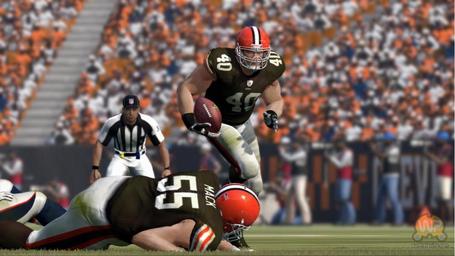