The Ohio State Buckeyes are a team pretty rich in tradition with things like dotting the I dating back to 1936. The team is seemingly looking for a new tradition in the form of its jerseys, however, as they will unveil their third different version of the Nike Pro Combat jerseys this weekend as they take on Wisconsin.

The Buckeyes are one of the few teams to get the special edition Nike uniforms three years in a row, according to the Nike Blog, although the technology has apparently "greatly improved" since last season's version. Photos of the new jerseys and helmets are included below. 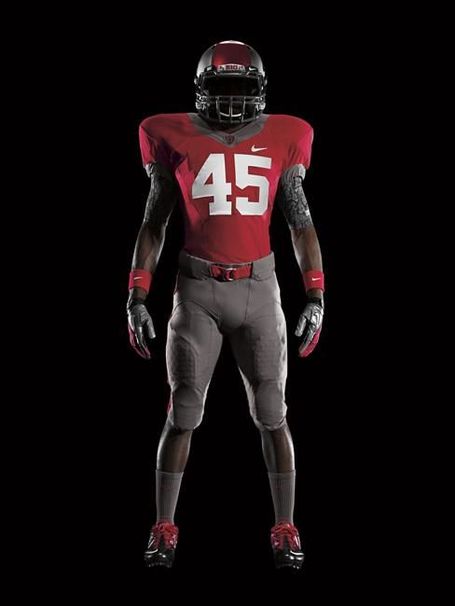 The jerseys are not pretty, at least in my humble opinion, though it's kind of difficult to pinpoint exactly what the problem is. The helmets, however, are a whole different story as Graham Watson pointed out over at Yahoo! Sports' Dr. Saturday. 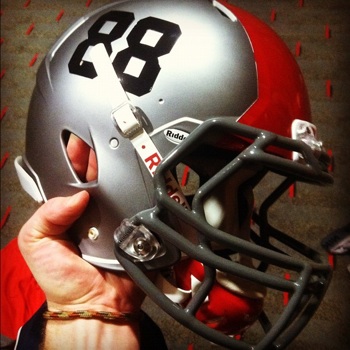 Is everyone ready for some football (and a possible upset) on Saturday? The players should be considering their uniforms!